What is this page about?​

When using the Identity Suite, you have the choice between the two lifecycle models Rolling Release (RR) and Long Term Support (LTS). This chapter gives a detailed description of each model.

The Rolling Release focuses on delivering the latest and newest features every three months. In addition to general improvements and enhancements to the functionality of the software, there are security patches and functional bug fixes, which are also released every three months (February, May, August and November).

To benefit from the newest features, the highest security as well as our technical support, download and install each upgrade.

Is the Rolling Release model something for me?​

If you prefer to get frequent upgrades to cutting-edge functionalities,then the Rolling Release will be the lifecycle model to go with.

When do I have to do what?​

The Rolling Release has 3 months of Full Support followed by 4 months of Fade-Out Support. 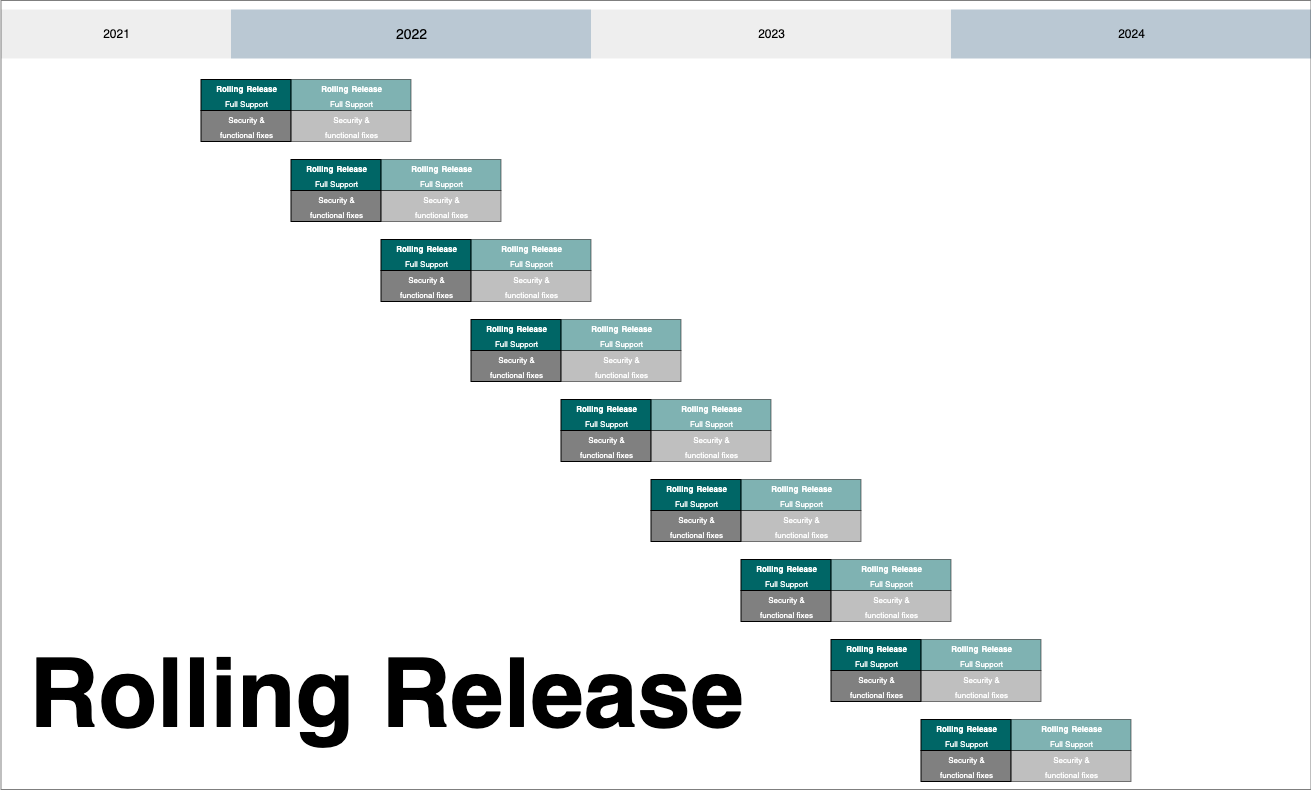 The Nevis LTS lifecycle model follows a fixed release cycle. New features are held back until a new major LTS release version is available, which happens after a predefined and fixed period of time. To ensure high stability, a minor LTS release does not provide any functional enhancements, only bug and security fixes.

Is the LTS model something for me?​

You most likely want to choose the LTS lifecycle model if you favor stability over the newest and latest features.

When do I have to do what?​

Besides major version upgrades every two years, there are minor updates containing security patches and functional bug fixes that will be released every three months (February, May, August and November). To benefit from the highest security as well as our technical support, download and install each minor version update.

The following figure shows the LTS release lifecycle. Each minor release (the green blocks) gets technical support (grey blocks) for another 10 months, from the moment the next minor release has been released. 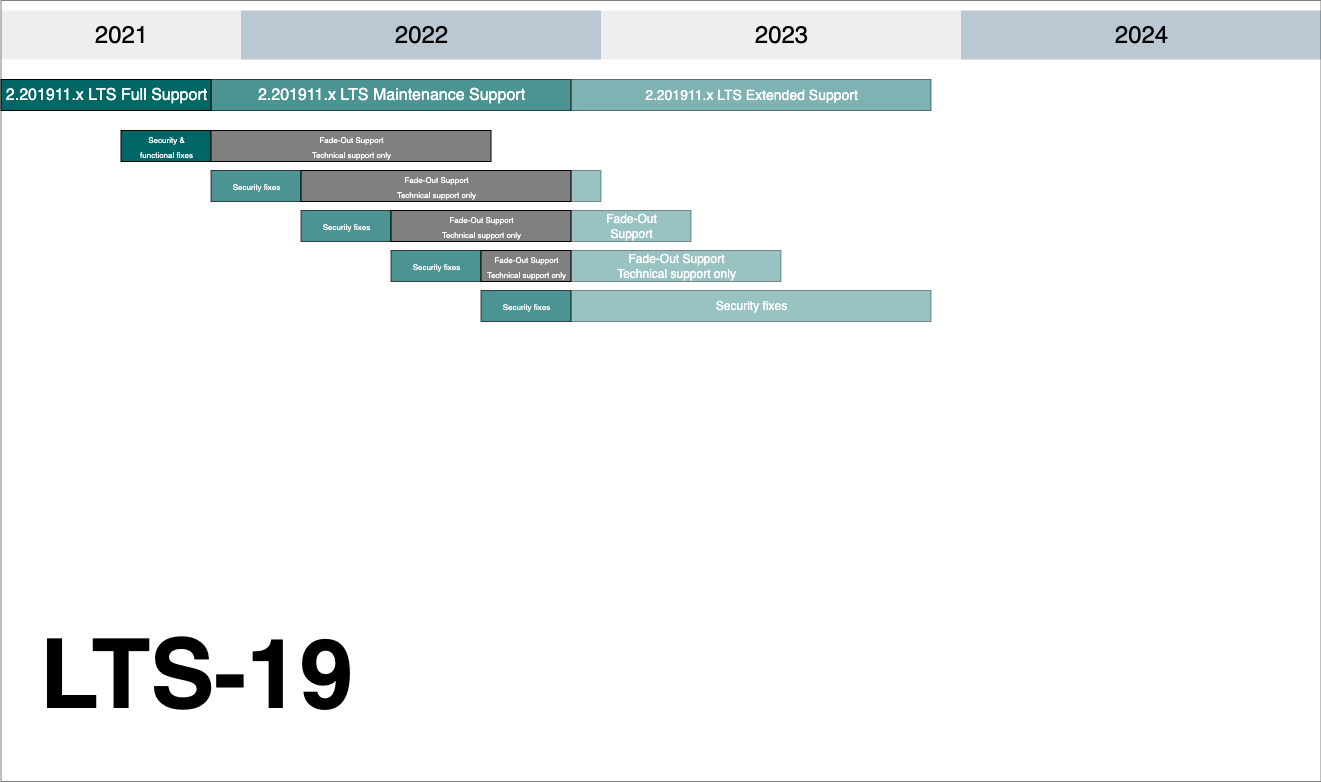 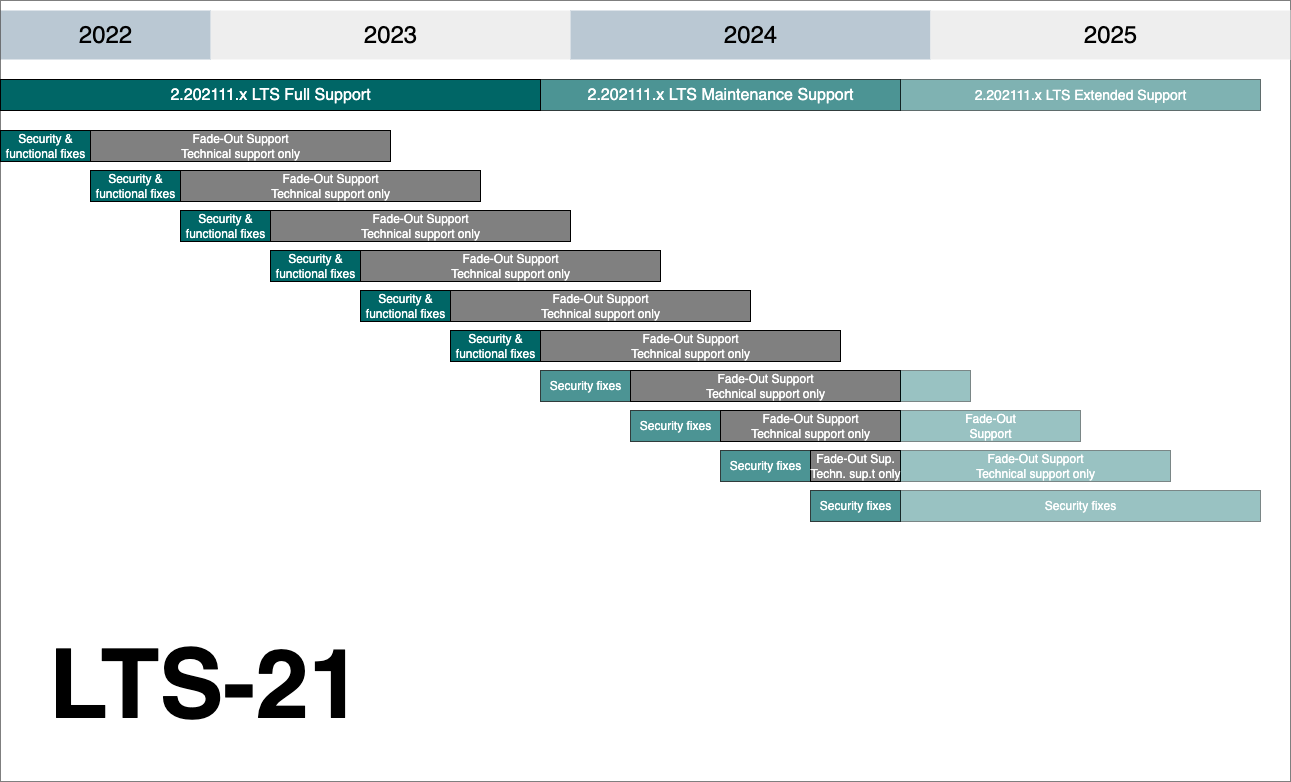